A Scary Facebook Reaction To A Girl Wearing American Flag

Some of the vilest comments you will ever read. Somehow an American woman can wear an american flag bikini, but this girl wearing it on her head is blasphemy.

It is sad that people are so blinded by hate. 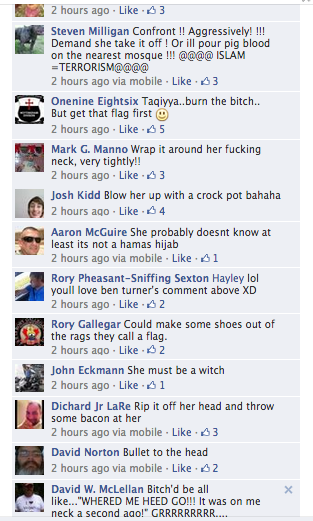 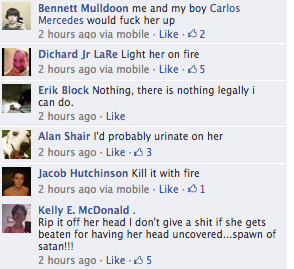 Out of all this some people responded to these hate-filled individuals. Big respect to those who stood against these online thugs. It gives us a glimmer of hope for humanity.