Home › News › Frightening Facebook Reaction To A Centre On Fire

The centre provides free healthcare to everyone. It was also a daycare centre for little children.

The news about this fire was published on Wfla’s Facebook page with a video. Most of the comments were positive and people hoped that no one got hurt. But then there were others who called for killing of Muslims…

Do read Facebook comments below and feel the climate of hate against Muslims:

This individual by the name of ‘Shawn Parkins’ is making threats doing a mass shooting against Muslims:

Howard Durann claims that the Centre which provides free healthcare to everyone was a place of making explosives:

Michael Patterson wants the whole building burned to the ground:

Patrick Oser is inciting others to ‘burn them all’:

Samantha did apologise after when she got told of by others for her disgusting comments.

Just for being a practising Muslim, according to James Rogers that such Muslims should be murdered:

Eric Duran hopes that the building was full of Muslims when it was on fire:

Then I looked at who shared and what they had to say:

And it continues from the same thread: 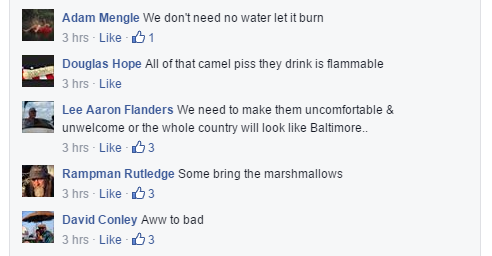 Just read Lee Aaron Flanders comment (above), a fine gentleman who advocates and incites others to burn down more Islamic centres and make Muslims uncomfortable in America. 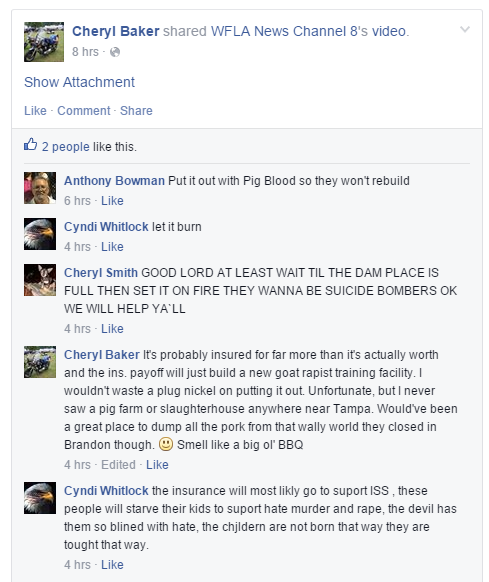 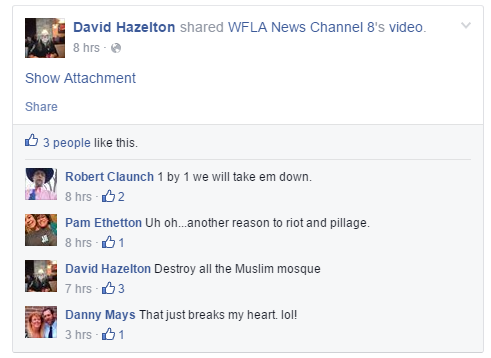 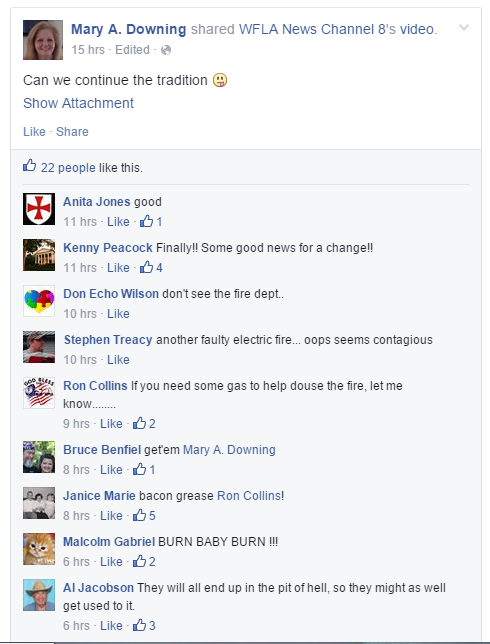 Thomas Goodell feels bad that he does not see Muslim women on fire – in other words he would feel good if Muslim women were set on fire, running around: