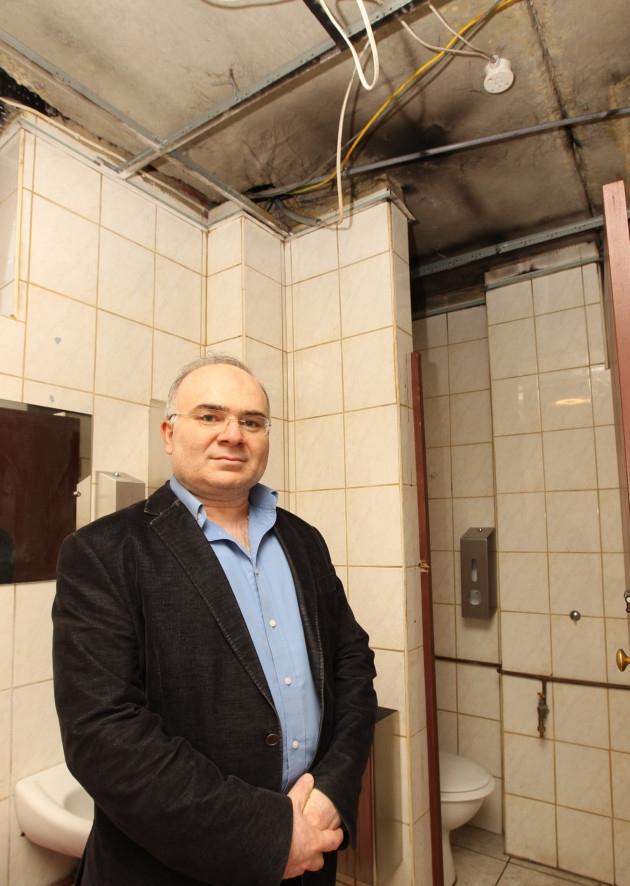 A possible arson attack was carried out on a mosque this week causing extensive smoke damage to the building.

The incident occurred at Stevenage Central Mosque, Vardon Road, sometime between Tuesday evening and Wednesday morning when an extractor fan in the mosques toilet’s was smashed and flammable liquid was poured in and set alight.

The toilets had a tiled floor and walls so the fire was unable to spread but the smoke caused extensive damage throughout the building.

Salman Lone, executive committee member for the mosque, said: “This is a major incident. It’s the worst thing that has ever happened to the mosque since it was set up 14 years ago.

“Fortunately the fire was unable to spread but there’s still a lot smoke damage to the building which we’re doing everything we can to clean up.

“People are concerned, confused and cross about the whole thing because a lot of them cannot understand why this has happened.

“We want to show solidarity with everyone in the community and demonstrate that this sort of thing is wrong.”

Chief Inspector Richard Harbon said: “Police were called to the mosque in Vardon Road, Stevenage on February 26th at 1.26pm to reports of smoke within the building.

“There was not a report of a fire and the fire service were not called however, officers were in attendance to investigate the source of the smoke.

“We have a good working relationship with the mosque community and are working with them closely to investigate this matter fully.

“At this stage the matter is being treated as possible arson however, we are looking into a number of possible lines of inquiry and would appeal to anyone who was in the area at the time and saw anything suspicious to contact Herts Police.”

Anyone with information should contact police via the non-emergency number 101 or Crimestoppers on 0800 555 111.