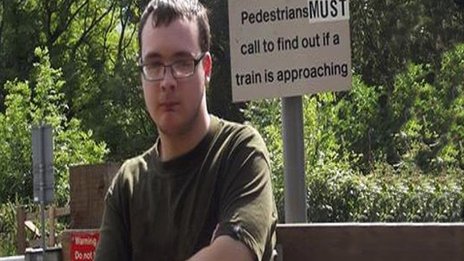 Michael Piggin, who denies the charges, was 17 when arrested and could not be named until the start of the trial.

The trial is expected to last six to eight weeks.

Mr Piggin, of Shelthorpe, Loughborough has admitted three charges under the Explosive Substances Act but denies possession of items for the purpose of terrorism and possessing a document containing information likely to be useful for committing or preparing an act of terrorism.

The court was told he was diagnosed with Asperger’s syndrome after his arrest, but the condition was not a defence against the charges, the prosecution said.

He is also alleged to have possessed petrol bombs, firework powder, partially-constructed improvised explosive devices, a crossbow, a variety of air rifles, a gas mask and stab proof vest.

Describing him as a “would-be terrorist”, Mr Hill said: “For an average young man in an average house in Loughborough or any other town … that list is startling.”

The court was told Mr Piggin had a notebook with a list of possible targets in his hometown, including a school and Loughborough Mosque and other individuals and organisations he had a grudge against.

The Che Guevara notebook, which was emblazoned with Nazi swastikas and English Defence League mottos, also discussed tactics to carry out a “new Columbine”, in reference to one of America’s worst mass shootings.

The Mujahideen Poisons Handbook was also found in Mr Piggin’s home along with video and dictaphone recordings in which he discussed an attack, the court heard.

The prosecutor said Mr Piggin claimed to be a member of an EDL branch and wrote in a letter found at his home that there were “too many Muslims” who wanted to “take over Europe and put Sharia law in place”.

A voice recording allegedly made by the defendant was played to the court in which he spoke of “rising up” against the “scum, powerful and corrupt”.

The jury was asked to consider whether Mr Piggin’s plans were “child’s play, harmless self obsession, or something more sinister”.

A recording was played in court in which he was heard saying he wanted to test making explosives and adding: “I’m going to make a pipe bomb”.