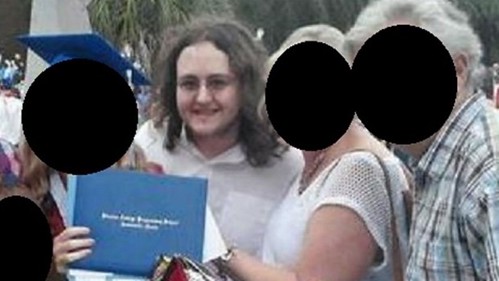 From The Sydney Morning Herald:

A young Jewish American man has been charged with pretending to be an Australian-based Islamic State jihadist after a FBI joint investigation with the Australian Federal Police based on information provided by Fairfax Media.Joshua Ryne Goldberg, a 20-year old living at his parents’ house in US state of Florida, is accused of posing online as “Australi Witness,” an IS supporter who publicly called for a series of attacks against individuals and events in western countries.

In online conversations, Goldberg (posting as himself -ed.) said: “I wanna smear Amnesty and Mariam Veiszadeh…Amnesty is already in hot water over their links to CAGE, I wanna cement their jihadist connections and ruin their reputation. And Mariam is a Muslim whore, so smearing her as a jihadist should be easy.”

This false flag operation is likely responsible for the ISIS-inspired shootings in Garland, Texas, back in early May. It was “Australi Witness” who posted the address and directions to the ‘Draw Mohamed’ event. Afterwards he praised the two attackers as martyrs.

Goldberg also had other online troll identities. Posing as a successful Australian Jewish lawyer named Josh Bornstein, he started blogging for the Times of Israel, until one day he posted an “exterminate all Palestinians” piece.

More from the article:

The Australi Witness persona fooled members of the international intelligence community as well as journalists, with well-known analyst Rita Katz of SITE Intelligence Group saying the “IS supporter” held a “prestige” position in online jihadi circles and was “part of the hard core of a group of individuals who constantly look for targets for other people to attack”.

Sounds to me like Rita Katz might have been in on it. She once had a formal complaint lodged against her by the National Association of Muslim American Women for trying to foment hostility against U.S. Muslims. Two other Islamic groups also sued her for defamation.Why is she invariably the expert called in by Fox News, or Sky News or wherever to describe the terrifying capabilities of this supposed Australian ISIS operative?

Trolling like this would be right up News Corp.‘s alley – from the Fake Sheik Scandal to this Sky News article from just a month ago:

Islamic State is now focused on urging British would-be recruits to carry out “lone wolf” attacks in the UK instead of travelling to fight in Syria, Sky News has learned.Fictional characters created online by Sky with an undercover freelance journalist were sent terror guidebooks by senior jihadists in Syria – including advice on raising funds and making weapons.

And we were told IS already has a number of potential bombers in the UK – some of whom have been trained in Syria and are ready to attack.

(my bold)
http://news.sky.com/… I’m not suggesting News Corp. knew Australi Witness was a fake. But they (and other right-wing media outlets) sure hyped his propaganda without asking too many questions.