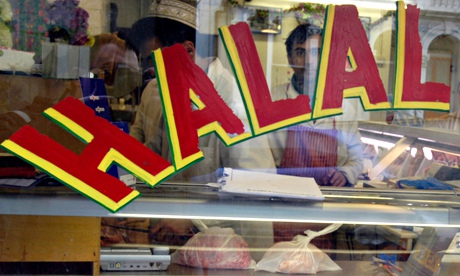 ‘The slaughter of animals at the end of their lives is of far less ethical importance than the way they are treated beforehand.’ Photograph: Alex Segre/Alamy

“Animal welfare takes precedence over religion” declared Denmark’s ministry of agriculture when a ban on ritual slaughter came into effect this week. There were immediate accusations of antisemitism and Islamophobia from Jews and Muslims, even though both communities are still free to import meat killed by their preferred methods, and even though no animals have in fact been slaughtered without pre-stunning in Denmark for the past 10 years.

These disputes may indeed cast some light on our attitudes towards outsider communities – I remember concerns about halal slaughter being expressed in Bradford in 1984 as part of an early row about Muslim integration and lack of integration. But what is really remarkable is the light that they don’t cast on animal cruelty for secular reasons.

It seems to me obvious that the slaughter of animals at the end of their lives is of far less ethical importance than the way they are treated beforehand. The cruelties of factory farming extend over an animal’s whole lifetime whereas the cruelty of ritual slaughter lasts minutes at most. To complain about the halal slaughter of battery chickens or factory farmed veal is a truly monstrous absurdity.

In a Danish context this is particularly obvious. The pig farming industry there, whose products are devoured by almost everyone in Europe who isn’t an observant Jew of Muslim, is a monstrous engine of quotidian suffering, despite the pre-slaughter stunning. The new agriculture minister, Dan Jørgensen, has pointed out that 25,000 piglets a day die in Danish factory farms – they never even make it to the slaughterhouse; that half of the sows have open sores and 95% have their tails docked, a cruel (and under EU regulations, illegal) practice that is needed to stop them chewing and biting one another’s tails in their concrete sheds.

This sort of cruelty is justified because it makes money for pig farmers, and saves it for consumers. There is no religious angle involved and few people see it as any serious ethical problem. I personally try to avoid chicken, pork and salmon in cheap food, from green motives and from a distaste for animal suffering but I am aware that this in one of the eccentricities that solvency permits.

There are two further ironies about the Danish case. The first is that the country was last week the focus of international indignation forslaughtering a giraffe, entirely humanely, and then using its corpse first to teach biology and then to feed lions, who must have had a treat. It is impossible to fault any of this behaviour on utilitarian grounds, or even, I think, on humane ones if we are going to have zoos at all. Certainly Marius the unhappy giraffe lived a short life infinitely better and more interesting than any of the six million pigs born and slaughtered in Denmark every year.

The second is that Jørgensen, who has formalised the ban on ritual slaughter (something inherited from his predecessors), is actually a notable enemy of factory farming. In a series of articles and speeches he has announced that Danish factory farming must clean up its act, and that the present situation is unendurable. He at least understands the potential hypocrisy of attacking only the cruelty around an animal’s death and not that surrounding its life.

I suspect that there is some real substance behind the Muslim complaints that a ban on halal slaughter is motivated as much by the wish to cause fundamentalists suffering as to spare it to animals. But that tells us much more about human beings than about animal rights.

The first principle of serious ethical reason is surely “It isn’t different when we do it” but at the same time it is an axiom of moral sentiment that it’s different when other people do it.

« Six inspiring stories of Jews saving Muslims and Muslims saving Jews
Saudi Man gets 5 years in prison and 2,400 lashes for beating his mother »