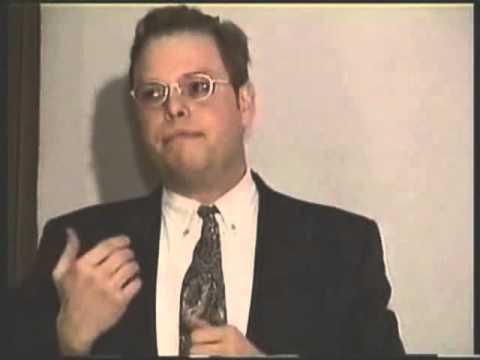 The missionary Tony Costa recently responded to one of my articles correcting him on being dishonest about the Arabic language. What is the problem? Tony is claiming that the feminine form of أله is لت. He says:

In a commentary piece where I was reviewing a debate I had with my good friend Sadat Anwar I spoke about the daughters of Allah in the Qur’an 53:19-20. I then made this statement, “Al-Lat is actually the feminine form of ‘Al-ilah’ or ‘Allah’”

I would like to mention that I have linked to Tony’s article and I am quoting what he says so as to demonstrate to him that there is no sleight of hand at work, I’m using his words against him. In the above quote, he is making a claim about the Arabic language. He then goes on to say:

I have never pretended to know the Arabic language, nor did I make such a claim. In fact I openly admitted in my debate with Sadat Anwar that I am presently learning and studying Arabic.

How is it, that he says in one sentence he made a claim and statement about the Arabic language, and then in another he claims that he did not make such a claim? The problem is that Tony freely admits he does not know the Arabic language, yet is insistent that his derivation of the word أله in its female form is لت. This is grammatically impossible. I have explained this to Tony, yet he insists he is correct. He goes on to state:

Why would I give the morphology of the term أله when I never addressed the forms of words in Arabic?

You moved the goalposts or made up an exception when your claim was shown to be false.

After showing Tony that he was wrong in the Arabic language using Arabic lexicons, Arabic Bibles and explaining basic Arabic grammatical rules, Tony now insists he never meant to address the derivations of the word أله in Arabic, he only meant to do so in English. The problem here is that أله is not an English word, it’s an Arabic word.

You said that because an authority thinks something, it must therefore be true.

Tony claims that his quotes in English prove his claim. Yet, this is not the case. None of these quotes demonstrate how they derive لت from أله. Just because they claim they have, does not make it true. To qualify this as true, all Tony has to do is show the derivation. Since he is unable to do that, and I have contradicted this claim by actually providing the female form, the rules of logic (proof by contradiction) render Tony wrong.

You appealed to popularity or the fact that many people do something as an attempted form of validation.

Seven people repeating a false claim, does not make it true. It makes it wrong each and every time it is repeated. I can also go on Google and claim that at the Council of Nicaea the canon of the New Testament was decided. I can provide hundreds of quotes claiming this. Yet it isn’t true. This is common sense for some of us, not all of us.

To begin with, in the Arabic language you derive the forms of a word using its root. This is known as morphology or Sarf (صرف). It is grammatically impossible to derive لت from أله. As previously mentioned in my original article, it’s akin to trying to derive oranges from the word range. This is grammatically impossible.Oranges comes from orange. Oranges does not come from range. This is abecedarian stuff, but Tony does not seem to grasp this concept. We therefore ask the question, what do the Arabic Bibles claim the feminine form of أله is? Millions of Arabic Christians and Jews, use the SVD Arabic Bible. All Tony has to do is go to an Arabic Bible and see what the feminine form of أله is. The Arabic Bibles do not say لت, they say إلهة. See the following examples (emphasis is mine own):

Tony, this is known as proof by contradiction. I did not need to open Google to qualify my claims as you did, I simply went to the Arabic Bible that the Coptic Church uses. Tony therefore claims that he is correct, whilethe Coptic Church, the Smith and Van Dyke Arabic Bible and the American Bible Society with its translation committees spanning more than 100 years are all wrong. I therefore call upon Tony to contact the Coptic Church and the American Bible Society and let them both know that their Bibles have an error in their scriptures which they have not noticed for over 100 years, but that he, a man who does not know the Arabic language is correct.

To further correct Tony, here are some lexicons. Tony, lexicons explain the roots of words, their derivations and their meanings. They are considered authorities on language. I am quite shocked that you do not know this, but I am here to help you.

This is from page 82 of Lane’s lexicon, Tony would do well to read the last line. The plural of أله is إلهة. Next we go to لت:

Again, another authority in the Arabic language, in Arabic, showing the derivatives/ morphology of the words themselves disagrees with Tony. Anyone interested in seeing the many more lexicons and dictionaries that discredit, disagree and disavow Tony Costa can click here.

Tony makes the mistake of attributing a quote to Ibn Kathir, rather the quote literally says who it is from. Ibn Jarir. I asked Tony during our email discourse if he knew who Ibn Jarir was. Tony did not respond to that question. This is basic comprehension skills, it is not Ibn Kathir who makes the statement it is Ibn Jarir (Source):

“They derived Al-Lat’s name from Allah’s Name, and made it feminine. Allah is far removed from what they ascribe to Him. It was reported that Al-Lat is pronounced Al-Lat because, according to `Abdullah bin `Abbas, Mujahid, and Ar-Rabi` bin Anas, Al-Lat was a man who used to mix Sawiq (a kind of barley mash) with water for the pilgrims during the time of Jahiliyyah. When he died, they remained next to his grave and worshipped him.”

Common sense is not common. How did they derive Al-Lat from Allah? By using a name of similar pronunciation as is stated above in Lane’s lexicon, page 2649:

“Some say that the ت is originally without tashdeed, and to denote the feminine gender: Ks used to pronounce the word in a case of pause اللاة : and Aboo Ishak says, that this is agreeable with analogy…”

They didn’t derive it from using the word for God in Arabic: أله  , they derived it by using the word لت in its form of اللاة because they sounded similar to each other. Even the narrator himself rebuffs the claim by saying:

“Allah is far removed from what they ascribe to Him.”

In other words, Tony is using  quote he does not understand, and once put into context, it completely refutes his accusations en toto.

It has been proven, using basic Arabic grammar rules, Arabic lexicons, Arabic dictionaries, Arabic Bibles, the Coptic Church’s Bible and from Arab historians, that لت is impossible to get from أله. I therefore challenge Tony to eight (8) things:

I also challenge Dr. Tony Costa to a public debate in Toronto on any topic of his choosing. It is most likely that he will not respond to this challenge, as much as he will never concede his ignorance of the Arabic language led him to commit an error so embarrassing that even Arabic speaking children can tell him he’s wrong.

A former Maronite Christian from Lebanon is willing to talk with Tony and explain to him why he’s wrong and why he is embarrassing himself. Tony can send me an e-mail to be put in contact with this person.

Tony accuses me of raising irrelevant arguments in responding to him. This is problematic because Tony conceded he does not know the Arabic language, therefore on what basis does he rationalize my corrections of him as being irrelevant? In any language, if we are discussing a word or term used, it is impossible to discuss its meaning, its application and its context without understanding the word itself. Especially in Arabic, we can only know the meaning of a word by going to its root, which is why Sarf (صرف) is one of the first things taught in basic Arabic. Tony sees me correcting him as an attack on his person. I want to make it clear that I am not attacking Tony in any way, however, he did make claims and I am dutifully responding to those claims. It is impossible to discuss one’s claim without first providing context. Tony is the one who made the claim in an e-mail chain, and therefore he is the one who is responded to. If Jack or Jill or Paul made such a claim, I’d also be responding to them.

One of the more disappointing realizations to have arised out of this, is that Tony admits that he is making a claim he does not understand. All he knows, is to repeat that someone has claimed al-Lat is from Allah. He does not know, nor does he care to know how or if al-Lat is derived from Allah. For an academic, he is setting a very low standard for scholarship. He is simply making a claim he does not understand and when asked to explain the claim rather than repeating it, he immediately claims he is being attacked. I’m sorry Tony but that cop-out does not work on me. I am holding you to the standard of an academic, as someone with a PhD. I demand of you the kind of scholarship that your title should befit, not the kind of scholarship that is beholden to Google Searches and parroting incorrect claims incessantly.

Therefore, I call upon Tony to apologize for his blatant dishonesty, insults and recalcitrance. Perhaps what is most disappointing is that Tony decided to title his article by referencing my illness. He seems to take it as a joke. To me, it is not a joke. Tony’s ignorance did send me to the hospital due to my frail state. It’s no use to throw a prayer into the end of his article, after having disparaged my character and my illness in some attempt to justify his absolutely fraudulent claims about the Arabic language. In the same breath that he chastised Br. Yusuf Ismail regarding a Koine grammatical rule, he needs to also rebuke himself for his dishonesty. In the end, I forgive Tony for mocking my illness, after all, he is human.

Notified Tony of this Post and of its Challenges to Him

All I Have Left to Say is –

« Most Misinterpreted Verses Of The Quran?
Question Of Prophets Committing A Sin? »