Far-Right Extremist Jailed For Threatening To Blow Up Newspaper Offices 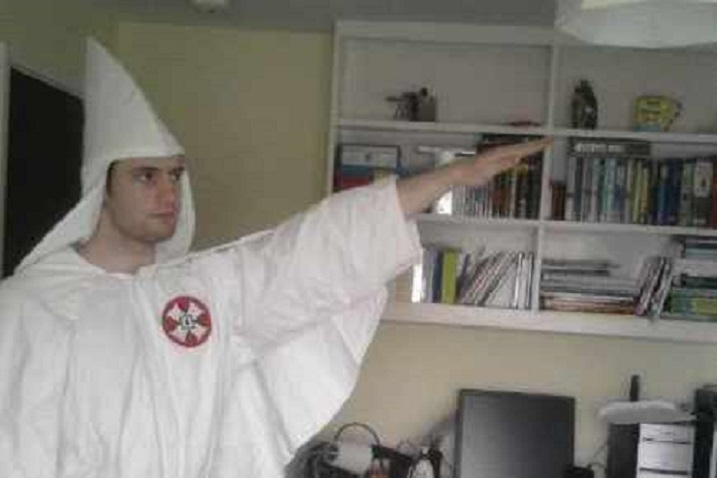 Since he is white and non-Muslim, shhhhhh lets put this under the rug. ‘It is an isolated case’, he has ‘mental health issues’, as all others are given excuses when they get caught doing similar acts as this.

It seems the word ‘terrorist’ is only reserved for one group of people, Muslims.

The warning was among a string of postings made on Facebook by Darren Fletcher that broke the terms of Criminal Anti Social Behaviour Order imposed on him along with a 12-month prison term in January last year for trying to stir-up racial hatred, a judge heard.

In those days he was called Christopher Phillips but tried to hide his identity by later changing his name by deed poll and using the handle of Whitest Knight to put extremist comments on the internet after his release from jail, Wolverhampton Crown Court was told.

On November 4 he posted a comment on a Facebook page supporting another man jailed for airing anti-Semitic views.

Fletcher’s message, outlined to the court, read: “Express & Star. The worst. The **** they wrote about me is unforgivable. Their head office needs bombing.”

In other postings on the same site he poured out his hatred for the police and the current state of Britain, the court heard.

He said he hoped the country came ‘crashing to its knees’ and expressed a wish that the terrorist organisation ISIS ‘bombed the **** out of the police’.

In a series of highly offensive postings, Fletcher said of the Wolverhampton Express and Star, which had covered his previous offence: “Their head office needs f****** bombing.”

Judge John Warner heard that Fletcher, of Kitchen Lane, Wednesfield, West Midlands, went on to complain that Jews were responsible for the “tyranny of jailing patriots”.

Fletcher, previously known as Christopher Philips and Darren Clifft, showed no emotion as he was jailed for eight months for breaching his Asbo.

Further reading on Darren Fletcher is in IbTimes and Birmingham Mail.