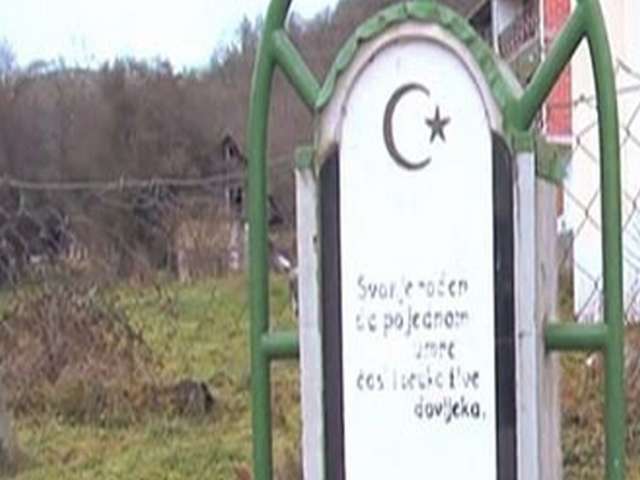 Stuck between Albania and Macedonia, in Gora province’s villages called Plava and Mlika artifacts and ruin are found from Seljuks period.

While many think Islamic history of Balkans began with Ottoman expansion in the region, they were not the first Muslims steps in eastern Europe. Centuries ago, Seljuks another Turkish-Muslim community arrived in Balkans and were influential in spread of Islam. Their heritage were found in Kosovo’s Gora province where a tomb of prominent Muslim dervish Sarı Saltuk in addition to a mosque built by Seljuks 725 years ago.

Stuck between Albania and Macedonia, in Gora province’s villages called Plava and Mlika artifacts and ruin are found from Seljuks period.

The presumed tomb of one of the most high-ranking Islamic scholars 13 th century Dervish Sarı Saltuk in Plava village. In Muslim communities, people are honored if a tomb of respected religious leader’s tomb is nearby their residential area. Due to this fact, the respect for prominent scholars and dervishes have led the people to have ‘presumed tombs’ of one man in accordance with unclear historical facts. Since it is known that Sarı Saltuk lived in this area, he has seven presumed tombs in Kosovo.

Although Europe stands idle to the nefarious violations of human rights that caused millions of people to leave their homes in Syria, it was not the first time that people in this land immigrate. In 13th century, Turks living in Syria came to the Balkans and some of them settled in Mlika village. The mosque named as Hacı Hüseyin is known to be built by these Turkic communities which were also a part of Seljuks. Exactly one hundred year before the Ottoman conquest, the mosque built in 1289 provide a concrete evidence showing Muslims presence in the Balkans. The mosque was restored in 1822 by Ahmed Agha.

Except from Hacı Hüseyin mosque another fact that links Kosovo’s history to Syria is the Turkic families who immigrated to the Balkans from Aleppo, Syria. A Mlika resident, Abdi Selam Osmani estimates he has some relatives in Aleppo. Saying he is planning to travel to Aleppo to trace back his family roots Osmani stated “My grandpa always told about old days. I believe my relatives still live in Aleppo. It is said there are some information about our family tree but I myself have not searched for it.

Another historically significant part of Gora is Restelitsa where there is a neighborhood called Halepli referring to Turkish immigrants who came Kosovo from Syrian city of Aleppo.