Home › Christianity › The Mystery of the Messiah: The Messiahship of Jesus in the Qur’an, New Testament, Old Testament, and Other Sources (by Louay Fatoohi)

The Mystery of the Messiah: The Messiahship of Jesus in the Qur’an, New Testament, Old Testament, and Other Sources (by Louay Fatoohi) 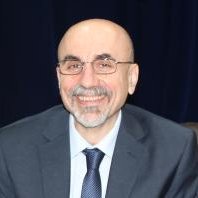 I consider Dr. Louay Fatoohi a unique muslim scholar of comparative religion. He came from Arab Christian background and has been passionate in studying the Qur’an, Islam and comparative religion since his youth . He is one of a few muslim author I know who is equally conversant with scholarly works on religion on both Christian and Islamic tradition, modern and classical as well as other historical sources, or on combinations of these writings.

This book, I must say,  is concise yet dense with information with meticulous crafted analysis on  why and how the Messiah was developed in Judaism and Christianity. Fatoohi seeks to show that the Qur’anic Messiah is actually the historical one. Fatoohi drew upon his extensive study on the historical Jesus as he went through the concept of the “Messiah” in the Qur’an, the Bible (canonical and non canonical sources) and Dead Sea Scrolls and scholars from this field.

In one chapter Fatoohi examines the concept of “Messiah” in the Hebrew Bible and other Jewish sources, including the Dead Sea Scrolls,. He make a very important observation that this title “Messiah” in the Hebrew Bible is applied only to historical never prophetic / future saviour figures, only later Jewish theology and literature started to invent this title as prophetic King, the salvational eschatological Messiah serving to free an oppressed jews abandoned by God.  Fatoohi also explains different messiahs in other Jewish writings, the most prominent is the one described as the “son of David” the Royal military saviour and other is the priestly Messiah of Aaronic decendant, albeit the jews were not unanimous in their depiction of the awaited Messiah.

In another chapter Fatoohi go through the concept of the term Messiah in the greek New Testament, Christos (Χριστός) from which “Christ” is derived. All New testament writers recognise Jesus as the Christ but in the New Testament the concept of “the Messiah”reflect the substantially bigger role as opposed to the Hebrew Bible. However Fatoohi explains Jesus of the Gospels was not properly anointed according to jewish tradition so that Jewish authorities and most jews did not recognise his messiahship. The same chapter Fatoohi highlight that the term “Christ”makes most of its appearance in Paul’s letters. Paul incorrectly use the term “Christ” as a proper name not title. This show his flawed understanding of what the term mean. Paul’s Christ is a spiritual figure who came to redeem people, by being crucified and raised from the dead. This version of Christ, Fatoohi argues, blur the historical Jesus because it is lack of Jesus historical details. Over centuries, most christians took Paul version of historical Jesus and focus only on the alleged crucifixion and the resurrection of him.

Fatoohi dedicated a chapter discussing Al-Masih in the Qur’an.  Essentially Fatoohi shows that the title is never presented as the reason for a special prophethood that make Jesus one of the most favoured prophets (yes , Jesus is one of those prophets) however Qur’an 3:45  give indication that the Messiah was a concept that God had previously revealed: a prophecy, although this prophecy is not specifically cited anywhere in the Qur’an as mentioning it centuries after it was fulfilled would not serve any purpose. Also Fatoohi explains that the use of definite article Al Masih does not necessarily mean that the Qur’an implies that there was only one Messiah although Jesus was the one special Messiah.

The rest of the chapters Fatoohi discuss the different identities and attribute that the Gospel writers presented the Christ and examine each one of them from the Qur’an perspective, here are some salient points from this book, which I find it interesting:

As a final point, Fatoohi concluded from his study  that the messiahship of Jesus in the Qur’an represent the original concept of the messiah or one messiah which was revealed by God which predate any shift in the meaning by Jews and Christian. At first the Jews did not expect a redeemer Messiah as this title is just for any past figures who were anointed as a gesture to sanctify themselves. Later the Jews started to invent a eschatological warrior messiah and associate him with King David to restore the Kingdom of Israel. Christians inherited this type of Messiah and projected it even more on their Christ: a King from throne of Heaven who already came to atone people sin. Jesus saw his messiahship as a mandate to conform divine messages that had been revealed to previous prophets that is calling people back to the way of God of Abraham, Jacob, Moses, Aaron and all Hebrew prophets.  That is the historical Messiah the Qur’an is telling us about.

I can say Fatoohi’s study  is helpful in considering critically how the significance  of Messiahship evolved from just anointed  past figures  to eschatological warrior King of Judaism to Pauline god-men Jesus and later how the Qur’an corrected Jesus messiahship back into rightful role : to led jewish people to salvation by showing them the right way to God.

As no other Muslim writer/scholar I know have ever attempted to author a book focusing on the concept of “Messiah” like this book, I praise the author for his initiative.

Also Dr. Fatoohi has also authored books on similar genre in my collection which I also recommend