A new pregnancy law is making Muslims throughout Burma uncomfortable as it is feared that the laws are targeted specifically against the minority community.

President Thein Sein approved the law requiring mothers in some parts of the country to have children after an interval of three years. The move comes despite international concerns that the law can be used to target ethnic and religious minorities in many areas.

The bill that is expected to target the country’s Muslim minority was approved on Saturday. Under this law, officials in areas with high population density (like the Mayu Frontier Area inhabited by Rohingyas) can implement the birth control measures.

The legislation comes amidst intense lobbying by nationalist groups that Muslims shall multiply quickly to overrun this Buddhist majority country. At present, Muslims however form approximately one twentieth of the population. 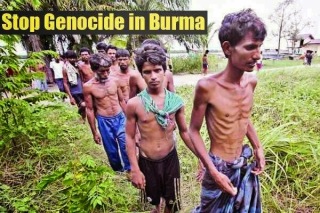