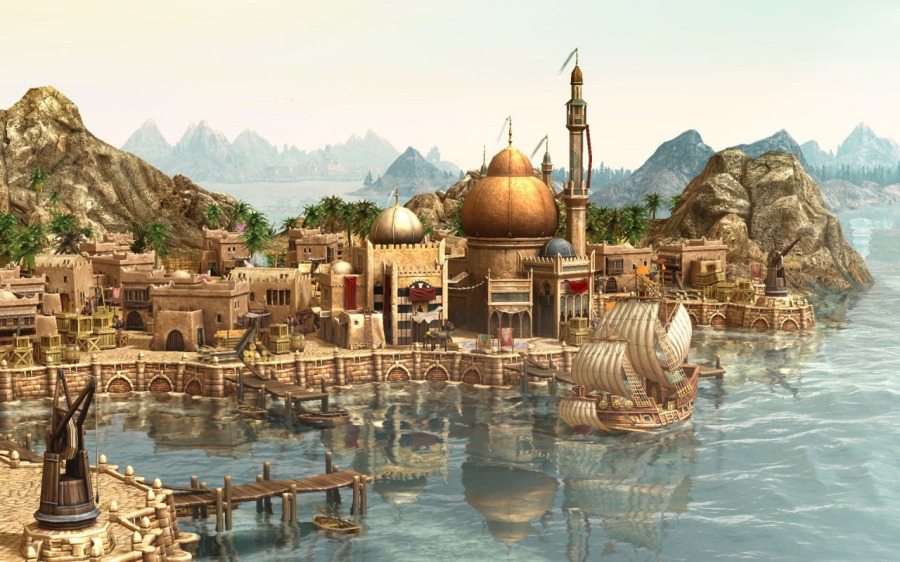 Reflecting on the current vacillating opinion of SOME “Westerners”, one can clearly observe the influence of the media on this ongoing process of vacillation. I designate it here a process, for it is not a novelty for the “West” to experience such a flux of perspectives (though the use of designations such as the “East and West” provokes segregating thoughts, it would be trivial not to employ them). 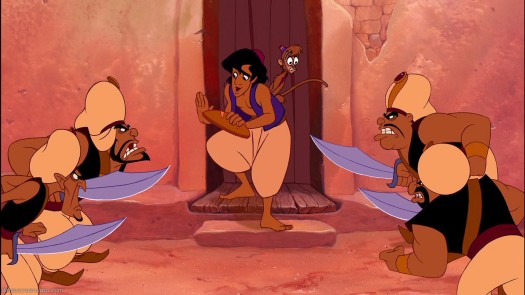 The Arabian Characters of Aladdin

A simple comparison between the terminology used to describe an Oriental, especially an Arab, and more precisely a Muslim Arab, before the 9/11 attacks and thereafter can starkly evince the methodologies with which the media has been exerting its might to draw a certain portray of the Oriental in the imagination of the Occidental. Let us take the lyrics of Aladdin’s opening song as an example:

Oh I come from a land, from a faraway place
Where the caravan camels roam
Where they cut off your ear
If they don’t like your face
It’s barbaric, but hey, it’s home

The above-written lyrics were the original first verse of the song. However, when the American-Arabs had complained that these lyrics were racist, they were changed to become:

Oh I come from a land, from a faraway place
Where the caravan camels roam
Where it’s flat and immense
And the heat is intense
It’s barbaric, but hey, it’s home.

Even after this change, the lyrics still bear a clear prejudice towards Arabs, and draw a biased imagery of the Orient. It is not just about the lyrics of the song, the other Arabian characters of Aladdin, and their characteristics (debauchery, infinite sexual want, imprudence, savagery, tyranny, and injustice) are also representations of these distorted realities of nonexistent imageries that are aimed to be created. Ali Baba — Mad Dog of the Desert, Popeye, Ali Baba and the Forty Thieves, Looney Toon’s Bugs Bunny are also good manifestations of these misrepresentations and distortions. 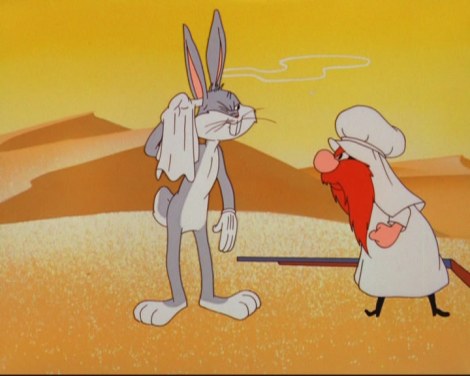 Yosomite Sam is portrayed as an abruptly abrasive camel-riding Arab

Stallone, or Arnold Schwarzenegger seventies’ movies that are filmed in the “Orient” depict Orientals as bloody, violence-driven, camels-riding creatures.

“Western” literature is also rich in terms of these imageries. Melville’s Moby Dick is one good example. Throughout the whole novel, Queequeg is referred to as a savage, cannibal, monkey, pagan, slave, uncivilized, negro, strange being, and many other dehumanizing adjectives. Even if Ishmael calls him “my fellow”, “friend”, and “bed-fellow”, he, Ishmael, rectifies and assures himself that even if they were “friends”, being a negro, savage, cannibal, and a bulk of muscles willingly complying to Ishmael’s orders make Queequeg inferior to him, because the formerly mentioned characteristics are all intrinsic and omnipresent in the character and psychology of Queequeg, and so, their friendship is cancelled. Having been born in the Orient, Queequeg automatically inherits all these inferiorities. 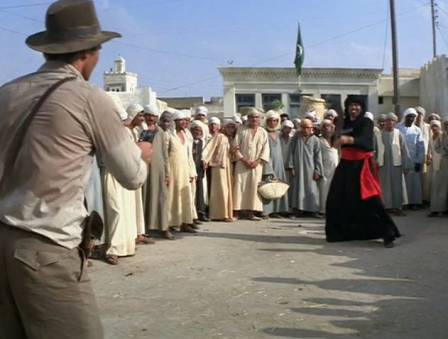 Conrad’s Heart of Darkness is another good epitome of such an orientalist literature. Even before reading the novel, the title itself suggests the sort of realm into which the protagonist is venturing. The “savages” or “negros” in this novel are made completely voiceless, and deprived from the boon of logical thinking.

All these imageries were employed to support some “self-fulfilling prophecies” theorized by the Western media and literature. Shortly after the 9/11 attacks, U.S. officials speculated on possible involvement of Saddam Hussein, needless to mention that he is an Arab, and a flurry of reactions condemning the Arabs as a race was disseminated around the globe.

To this day, there are still some individuals, Donald Trump for instance, who still support this kind of racial segregating thoughts. However, thanks to the media itself, This kind of thinking is generally fought and stood against. After the WWII, the world seemed to understand the importance of coexistence. Narcissism and self-centeredness can never be a solution, and acceptance and embracing diversity are their best substitutes.

« Dismantling The Trinitarian Perception Of John 1:1
Which Cultures/Countries Are Most Comfortable Killing Civilians? »